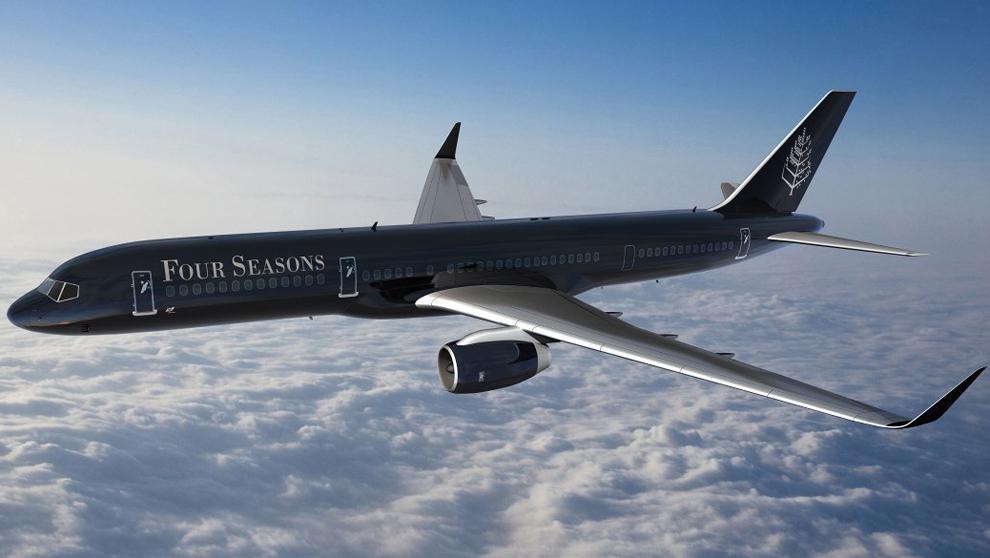 This year breaks the Forbes list record, luxury is fashionable in the millennial generation

The year 2017 has been a fat cow for the luxury sector, with an increase of 5% and China entrenched as the largest consumer. Car sales continue to drive the market. Experiences and travel are the main attraction. In 2025, 25% of purchases will be "online".

The latest edition of the Forbes list of the richest men in the world admits several readings. The most obvious and widespread is none other than the one that leads us to envy the fortunes of surnames like Bezos and Gates. A somewhat more subtle reading of the work origins of today's billionaires consecrates the family garage as the first office of this new era of great self-made tycoons. A third interpretation of this privileged ranking offers obvious parallels with what is happening in the world of the market for luxury products and services. Three features stand out in both areas: the growing importance of digital commerce, that of Europe and China. At number 1 on the list and with a 12-figure fortune, is the e-commerce giant, Jeff Bezos, founder of Amazon. At number 3 appears the richest European in the world, the owner and lord of the LVMH empire, Bernard Arnault. After the United States, China is the country that contributes the most billionaires and clearly the first when it comes to new names in the ranking. The 32nd edition of the most privileged list has established a record of 2,208 billionaires from 72 countries. This select group is worth 7,365 million euros, 18% more than last year, with a record average net worth of 3,320 million euros. The total wealth of the so-called ultra-rich or UHNWI (very high net worth individuals, with at least 25 million euros in assets) doubled the GDP of the United States in 2017 and was concentrated in only 2,400 people. Although the famous "1%" is colloquially spoken of in jargon, the rich of the rich actually represent 0.0003% of the planet's population. "0.0003% that in 2017 allocated 190,000 million euros to the acquisition of luxury goods, that is, 21% of the total market," says the expert Winston Chesterfield, director of Wealth-X.

The year 2017 has also been a fat cow in this type of goods and services, with an average growth of 5% and a record figure of 1.2 billion euros. As main features of the behavior of this market we find the increase in Internet sales, the supremacy of old Europe as a great producer of luxury goods, with 70% of the brands; and the indisputable role of China as the new great consumer of premium items. Not only are there more and more millionaires in the Asian giant, as shown in the Forbes list, but their interest in luxury items is increasing. "At the same level of income, a Chinese buyer spends 10 times more on luxury products than a European," explains Luca Solca. An expert in the analysis of luxury products, Solca presented in Madrid the IV Edition of the IE Luxury Barometer, prepared by IE and Mastercard and whose conclusions ratify the mega trends in the sector: the search for memorable experiences, the digital impact and the rise of the Chinese market .

You buy and sell more, now, what do you buy? Luxury car sales continued to drive the market, growing 6% to €489 billion. This follows from the latest Bain and Company report carried out in collaboration with the Altagamma Foundation and a benchmark in this segment.

Luxury experiences continued to be very attractive to consumers, as illustrated by sales of high-end food and wine, which grew 6% from the previous year, and the strong performance of luxury travel, especially cruises, with a growth of 14%, the highest percentage increase, much higher than that registered in all other concepts. Other noteworthy increases correspond to spending on luxury hotels, which rose by 4%, as well as premium designer items. The only category that suffered a setback was that of private jets and yachts, with a decrease of 5%.

The core market for personal luxury goods hit a new record of €262 billion, driven mainly by the return of Chinese purchases at home and abroad, as well as strengthening buying trends in other regions. "The growth in this market is more robust than the rest, driven by the increase in volumes rather than prices and by a new balance between tourist purchases and local consumption that has been reactivated," says Claudia D'Aaprizio. , a partner at Bain and lead author of the aforementioned study.

Aries, You're feeling indecisive about something that you're emotionally invested in. This could go for your finance… https://t.co/cMEafL2kyt

Europe continued to recover, growing 6% at current exchange rates and reaching €87 billion in retail sales. It regained its place as the world's leading region for luxury sales value. Although the American market experienced some problems, it ended the year on a positive note, with 2% growth. With a total of €84 billion, it remains a key market for luxury brands. Although the United States remains the country with the highest number of billionaires, however, the luxury market performed better in Canada and Mexico.

LVMH Moët Hennessy-Louis Vuitton, Compagnie Financiere Richemont and The Estée Lauder Companies consolidated their positions at the top of the ranking. One more year there are no major changes in the top 10, which are completed by Luxottica Group, Kering, The Swatch Group, L'Oréal Luxe, Ralph Lauren Corporation, Chow Tai Fook Jewelery Group Limited (which falls again for the second consecutive year) and PVC Corporation. The most valued brands in 2017, according to the influence they exert on the customer's ability to choose, are mainly fashion firms. This is stated in the report prepared by Knight Frank on luxury consumer goods. Louis Vuitton leads the ranking with a brand value of €18.5 billion, followed by Hermès with €11.5 billion, Gucci with €8 billion and Cartier with €6 billion.

As a whole, Europe is the geographical area that registers the greatest increase in sales of luxury products. The growth of the sector can be largely attributed to consumers from emerging economies. In Russia, China and the United Arab Emirates (three of those categorized as emerging luxury markets), 70% of consumers have increased their spending budget, compared to 53% in more mature markets such as Japan or the United States.

The division between mature markets and new markets when it comes to luxury consumption is becoming more and more widespread. But specialists are also beginning to differentiate luxury consumer profiles. The expert Winston Chesterfield, director of Wealth-X, made an interesting dissection of the different categories last week at the IV Edition of Essence of Luxury Travel, held in Deauville. He thus distinguished between "newcomers", "independent thinkers", "elegant epicureans" and those "bred into luxury". Each category responds to certain keys and consumer trends, with differentiated purchase motivations and even different purchase channels. Knowing their tastes, as well as that of millennials, has become a priority for experts, brands and researchers. In this congress, which is held annually by Traveler Made, the largest international network of luxury travel agents, the trends of the main spending sector for the ultra-rich were also analyzed. According to data presented at the conference, travel and hotels represent the first chapter of premium expenses of the UNHW, to which they allocated 36,500 million euros, followed by cars (32,400 million), art (20,250 million) and watches (20,250 million) .

In the buoyant luxury travel sector there is not only growth, but also exciting developments. Among the classic destinations, Japan, Maldives and the United States stand out, according to the barometer in which 620 premium travel agencies from all over the world have participated. And among the emerging ones, Rwanda, Sri Lanka and Botswana appear in the first place. Africa has returned with force to the map of luxury travel, a sector in which a new booming modality comes into play: round the world in private jets.

In all luxury sectors, especially in the consumption of personal goods, the relentless trend continues towards the online market, whose sales increased by 24% in 2017. The US market accounts for almost half of these sales, which represented 23,000 million euros in total, but growth was particularly strong in Europe and Asia. Accessories remain the top-selling category online, ahead of clothing and beauty products; and together with the so-called hard luxury (jewelry and watches), their sales are on the rise. Brands are finally starting to be proactive in this channel by setting up their own websites, which now account for 31% of sales. And the main losers are the department stores. "You have to give the buyer new reasons to enter the stores. You have to rethink the shopping experience, surprise, introduce new brands or new products," says María Eugenia Girón, director of the IE Premium Market Observatory.

Bain estimates that online sales of personal luxury goods will account for 25% of the market by 2025, with the remaining 75% of sales still coming from stores. Shoes, jewelry and handbags ranked as the three fastest growing categories this year, but apparel, beauty and watches still account for the largest share of the market. For the experts consulted in the IE Barometer, rethinking the physical space of luxury stores is one of the priorities of the sector while offering a better online experience, much more immersive and capable of transmitting the exclusive attributes of the stores. different brands.

For his part, D'Arpizio points out that "it is an interesting time in the world of luxury: millennials have changed the way purchases are made and have pushed luxury brands to redefine what they offer to customers." And it is not only how they buy it but what they consider luxury. The so-called "expensive casual" is one of the big trends in the sector, says Solca. Balenciaga making sneakers? Yes. And almost always sold out.

Tags:  Why do people spend so much on luxury bags? 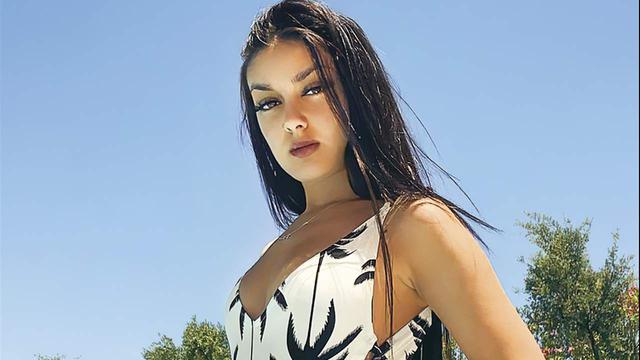 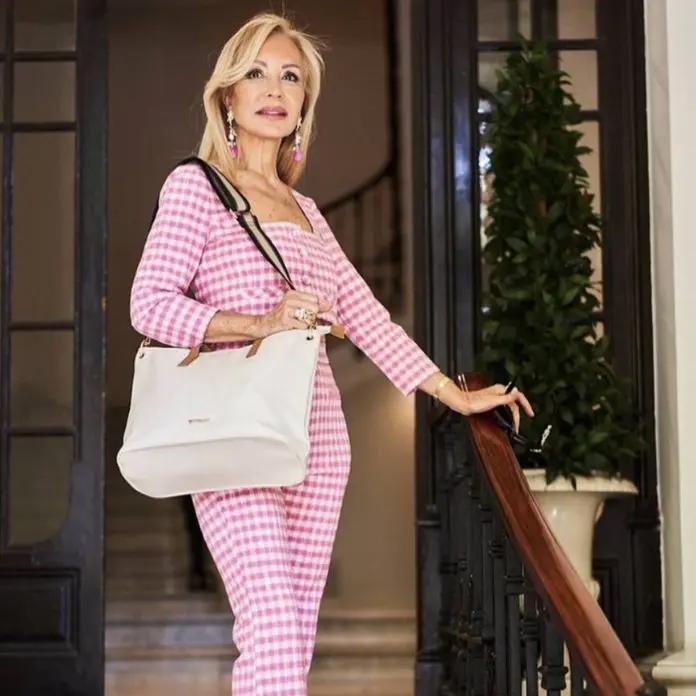 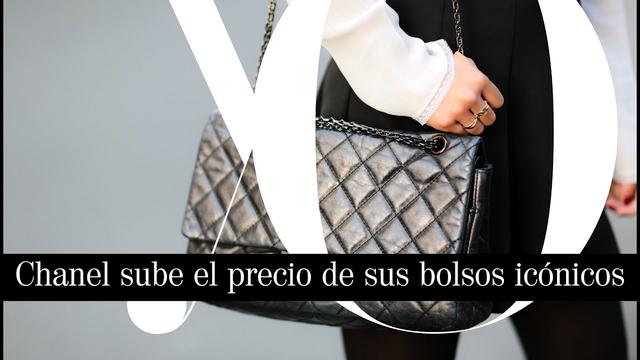