Home → Jewels → “Before Elvis there was no fashion” 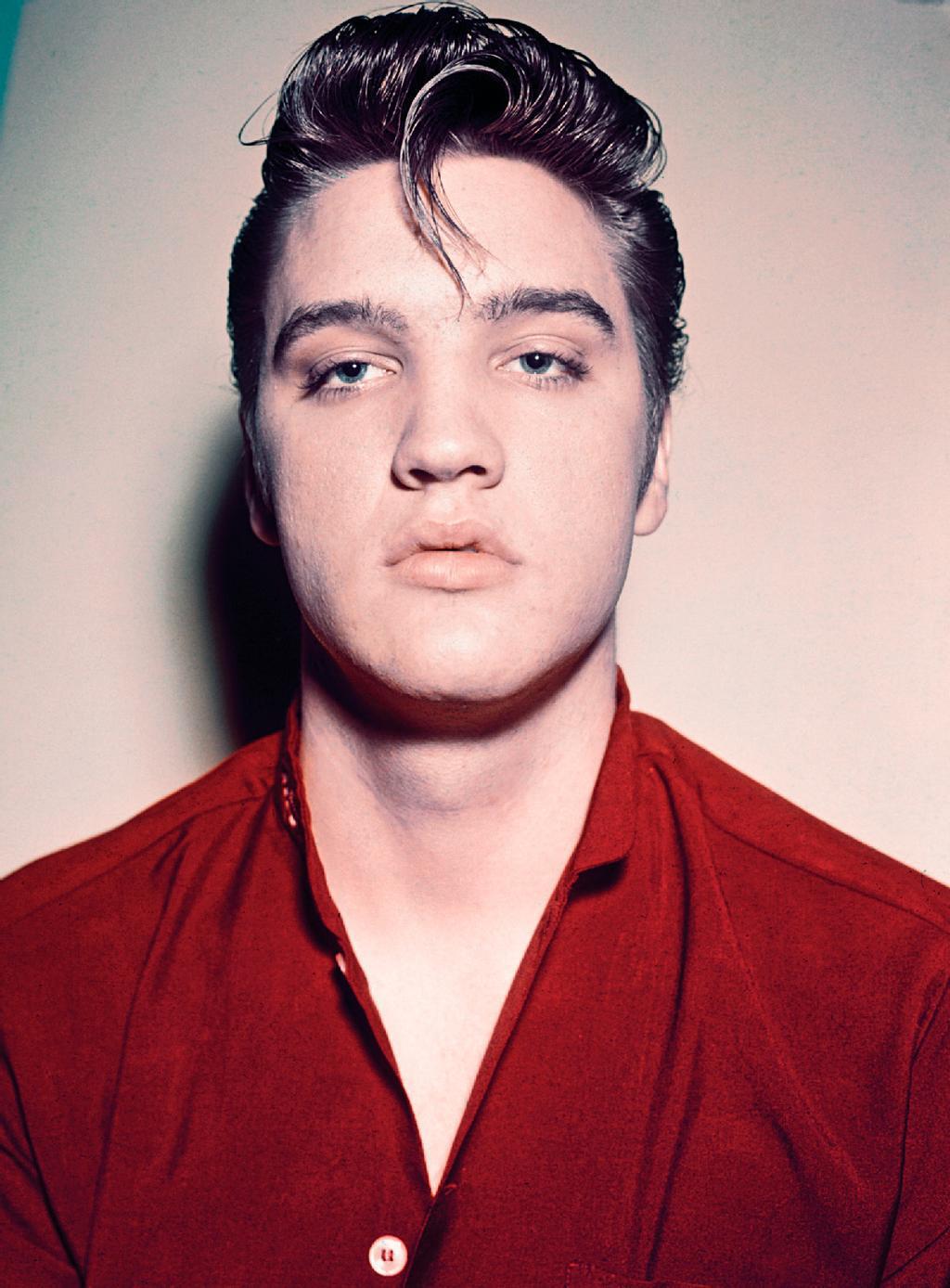 “Before Elvis there was no fashion”

When Elvis Presley died in Memphis my mother was pregnant. That some twentysomethings from Salamanca decided that their first son was going to be called Elvis (accompanied by Francisco or they couldn't register me) may be a good example of what this boy from Tupelo meant. Nothing communicates more than facts.

As a good teenager, he hated my parents' music. He preferred Pearl Jam, Nirvana, Soundgarden... Until maturity did his work and I became aware of the King's musical, social and stylistic transcendence.

Like all the poor who grew up in the 30s and 40s in the United States, Elvis had in the church and the radio the main means of entertainment for him. Going to mass with his devoted mother Gladys, he was able to learn about the movements and gestures of the pastors as well as the variety and richness of gospel music. In addition, he did not stop listening to the radio that then had stations for the white and black public in a segregated United States.

From Tupelo he went on to Memphis. His father needed a job and it was a good place to find one. And the best for Elvis that he would sneak out whenever he could to Beale Street to listen to all the music he could from the back of the dozens of venues on the street. Without intending to, he fused styles such as blues, R & B, gospel and country and came up with what we now know as Rock and Roll.

With the first single he became famous in his area. That´s all right, recorded at just 19 years old on Sun Records together with his inseparable Scotty Moore and Bill Black, did not stop playing on all the radios. The blacks asked if he was really white, the whites wanted to confirm that he was not black. Sun Records and its owner Sam Philips didn't have a national reach so Elvis's recently hired manager, Colonel Parker, looked for a "major", the RCA that released the song along with other new songs like the world famous Heartbreak Hotel. country with a record cover that went down in history and that bands like The Clash replicated in a tribute to their idol. That album was recorded on January 4, 1954.

After that, the madness came. It was no longer that he sang like anyone else. It is that he interpreted with nobody. His facial expressions, his movements of the hips, legs, feet. His style: suits, suede shoes, gel that he used to look older and tougher (American Crew has a line of products with his name and with a very careful design). It was a show that few had been able to see until he was invited to television. There came the hatching and the division of the country. The parents wanted to prohibit their children from seeing that boy who did very sexual dances. The children needed someone who would amuse them and allow them to rebel. Some televisions decided to record Elvis from the waist up, but it did not matter.

The revolution had broken out.

Elvis was already dressed elegant before he was famous. He didn't have to change. He had grown up in Memphis and loved the style of black musicians he mixed with in an unthinkable time. From that time, the pants with side stripes and the zoot suits (loose-fitting suits very much from the African-American culture) stood out.

In the middle of his success, Elvis had to enter the army from which he only got to meet his wife, Priscilla, while he was in Germany. Upon his return, his fame had not completely evaporated, but he dropped considerably. More focused on the cinema than on music, the public was forgetting the singer Elvis, the Stones or the Beatles had arrived, so it was necessary to prepare a way to make up for lost time. Thus, in the TV program Comeback Special of 68, it served for the first rebirth of Elvis, musical and stylistic. It was all to nothing. And you know what happened.

Out of that show came an album (actually five) and some of the second Elvis' most iconic outfits: his complete white look with a burgundy handkerchief instead of a tie and his black leather suit. Both were designed by Bill Belew who accompanied him throughout his career. Monkeys included.

The Fulton ruling is about how to write a proper govt service contract. The Court basically said: You can put in a… https://t.co/aCiBck2ET0

One of Elvis's great whims was cars of all kinds (perhaps because the first, a second-hand Lincoln, lasted a day since he burned on the road) and whose collection can be seen at Graceland next to his private planes . He had a particular predilection for Cadillacs. One of the first ones he bought was given to his mother. With his first number one on the charts, he bought himself a Cadillac ElDorado. It was white like the one he traveled on the day of his funeral on August 16, 77.

Among his jewels, his brand new Rolls Royce that he customized to his liking and that he gave up for a charity auction or his Ford Thunderbird, without forgetting the Stutz Blackhawk III. His love for cars was such that he even made a movie: '66 Spinout where he basically played himself under another name. The film is one of a total of 33 films, actually 31 feature films and two documentaries, that he shot.

The best movies were those from his early days: Love me tender, Loving You, Jailhouse Rock and the best, King Creole which was directed by none other than Michael Curtiz. However, the most successful film was Love in Hawaii (1961) where we could see Elvis wearing the triangular Hamilton Ventura watch that he made famous while also posing as a soldier until the Men in Black reused the model. Thanks to that movie, the Hawaiian shirt became popular.

Elvis is not that he was minimalism in person. A walk through his mansion is enough to prove it: Graceland. The second most visited building in the US, declared a National Historic Landmark in 2006. He lived there since he was 22 years old. The house is the typical colonial and neoclassical house whose name he kept even though it was that of the previous owner's daughter. He paid $100,000 and gave it to his parents in 1957.

Graceland was open 24 hours. He loved televisions and he put them all over the house, bathrooms included. In the TV room three were always on at the same time along with a monkey and the logo that Elvis designed: a lightning bolt with the letters TBC “Taking Care of Business in a Flash” from which he made pendants that he gave to the so-called Memphis Mafia , his entourage. Elvis was also ahead of actors and, now, influencers. Even in that he was a pioneer.

Everything continues as the King left it. Although some areas cannot be visited, such as his room or the bathroom where he died. On the day of his death, 100 vans were needed to remove the flowers that were next to the entrance gate, designed by the illustrator Abe Sauer, in the form of a score with the silhouette of Elvis himself.

If Elvis came to Las Vegas again it was thanks to the success of the Comeback Special. That TV show could move to the big venues. On July 31, 69 he gave his first concert and repeated twice a night for four weeks. In total he gave 636 over seven years. He never left a seat unsold.

Priscilla was the one who had the idea to dress Elvis in a monkey. She thought that he would be more comfortable and have more freedom on stage. Although in the imaginary they were all white, he also used other colors such as black or blue and they were always combined with belts (the more gold the better) and his famous glasses from the NeoStyle Nautic model that he also personalized in gold and with his TBC logo and initials.

The jumpsuits started out simple, but became more baroque over the years due to her love of jewelry. Elvis was always attracted to them. Most remembered is his famous horseshoe ring. Designed by Harry Levitch he gave many reproductions to family and friends.

The splendor lasted two years. The exhaustion caused him to start depending on drugs to act and to sleep with obvious consequences such as his obesity. His idea of ​​happiness was a sandwich that today bears his name: a caloric bomb made up of bread, peanut butter, banana, bacon and grape jelly.

The last four years of his life, more or less since his divorce with Priscila in '73, were a free fall. He regularly fulfilled his commitments with the record company, but very well with his manager. Colonel Parker exploited him in exhausting tours with more than 120 concerts a year. He died on the break of one. They found 14 different kinds of drugs in his body.

At some point in my life I thought that being called Elvis could be a stigma. Actually, it's quite an honour. God save the king.

Tags:  how to engrave initials on jewelry