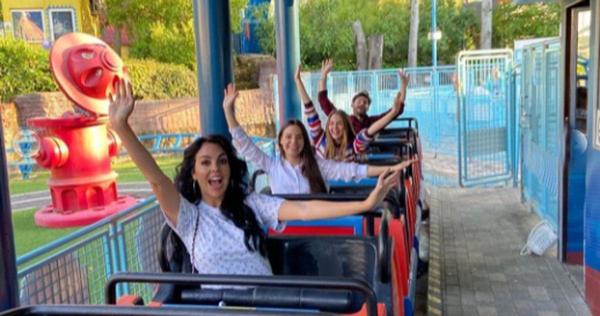 Dare with everything.Georgina Rodríguez has no limits.The Jaceta Mannequin opens into a new and ambitious business project that will not leave anyone indifferent.

After the launch of her own clothing line at the beginning of the year, now Cristiano Ronaldo's fiancee goes one step further by creating her own accessories line.This is Euphoria by Gio, a Millner jewelry line that has already seen the light and that is suitable for all pockets.

As for specifications, it should be noted that it is a collection of 25 pieces and that all of them have been made with law silver 925.That is, 92.5% of its base material is pure silver.In addition, its 18K gold plated has a thickness between 2.5-3.5 microns and contains precious stones.Specifically, Aguamarina.According to the company's website, Euphoria has been created to pay tribute to those transgressive women who have marked a before and after in the history of the world.

"That they have made the world a much more equal place and that continue to mark the way to follow to get a much more impartial and strong society," says the description of the web.The design price is between 40 and 300 euros.

And there is no doubt that the model has become one of the characters of the moment.Only on Instagram accumulates 24 million followers, a reason why it has become the best showcase for many firms.At the moment, the publication where the launch of its new line of jewel.

To all this, at 28, this Wag Pyrenean is recording its own series for Netflix.A documentary in the purest Kardashian style in which he will relate what his day to day is like.The overproduction is expected to be released next fall.

Tags:  how much gold are in gold -plated jewelry