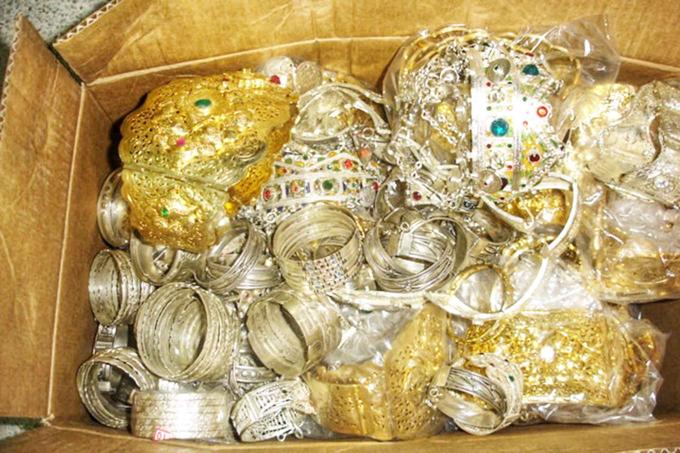 The Customs Passenger Control Service personnel seized almost one kilo of gold, namely 975 grams of jewellery. The material was hidden in the luggage of a Moroccan resident abroad, who tried to enter these jewels without prior declaration and usual formalities with the Customs Administration and indirect taxes, according to the state news agency map from a customs source.

Following a thorough assessment of the confiscation, the competent authorities determined that the value of the seized jewellery is estimated at 500,000 dirhams, according to the same official sources. Technical expertise had made it possible to clarify the amount of material involved by the Moroccan authorities.

Are you standing in the way of your own success? Find out if you're secretly sabotaging your # career and how to go... Http: / / t.co

The accused, resident in Italy

In addition, the accused, residing in Italy, was handed over to the Judicial Police, by order of the competent Prosecutor's Office, for the purpose of the investigation that has been opened to clarify these facts.

The Moroccan media outlet Tanja24.com expands this information and indicates that the person concerned intended to smuggle this amount of gold jewelry without permission and without carrying out the usual customs formalities in the Customs and Excise Department. The authorities aim to deepen the investigation of the case.

The port of Tangier Med absorbs a large volume of ship transit and becomes a place where criminals set themselves up for the introduction of material intended to circumvent security forces' controls. In such port facilities, it is common for caches and other materials of dubious legality to be involved or that authorizations for their entry into the country are skipped.

Tags:  How to change gold jewels